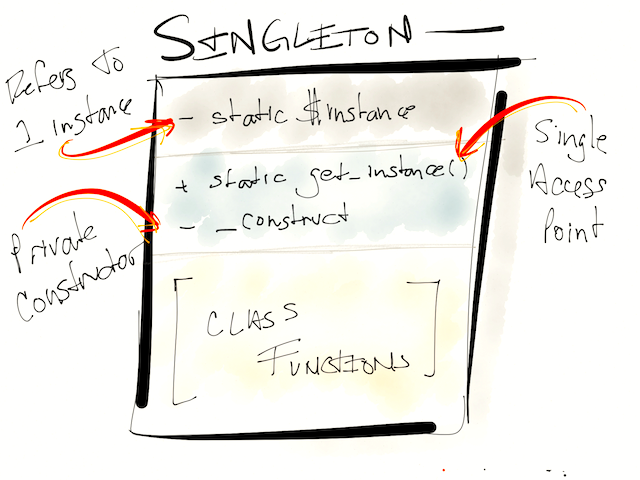 We all went through it, am I right? You join a new company, you jump on the new codebase, you find lots of singletons, get used to them, become friend with them, but after some time you realize it's time to terminate the friendship.

For a greater good.

After years in this field you should well know that singletons are bad, if you don't... well... argh, I have bad news for you 🙃, but also a few articles, yes.

So here is a simple recipe to follow in order to have your app/code free from singletons.
To some of you, this could all seem very obvious, and you might also know that I don't write about obvious stuff, but tonight I'm tipsy and I had confirmation that most people are still unsure on how to get around such situations.

Show me the way

Really? Do I have to? Ok, let's do something quick.
Code is in Objective-C because singletons can be more easily found in legacy codebases... it is well-known that nobody writes singletons in Swift these days! Shots fired. 🎭

So here we have 2 singletons, one referencing the other. ↭

since MySingleton is the most-high level one, we start by addressing it.

Here is a service class using it:

let's put it in a property

and then, one step further, use depedency injection

iterate and modify the callers up the chain.

Move to the next singleton in the list, in the example MyOtherSingleton:

You should have now taken the gist of it.

Extra points: in the end, put the dependencies behind protocols so that the unit testing would be easier. Or whatever.

The easiest Promises in Swift

Here's another article of the serie "The easiest …

How to abstract your persistence layer on iOS with JustPersist